North Carolina Central University (NCCU) is a public university in Durham, North Carolina. It is part of the University of North Carolina, with nine other campuses. It was established in 1910 as a training school. It was renamed the North Carolina College for Negroes in 1925 when it became the first liberal arts college for black students in the country. The college went through several name changes before becoming NCCU. The campus is about one mile south of the downtown Durham area and three miles east of the larger Duke University. Many of the academic buildings on the campus are included in a national historic district.

In 2017-2018 academic year, 97% of North Carolina Central University's students received financial aid. Below is the breakdown of the financial aid provided to students. 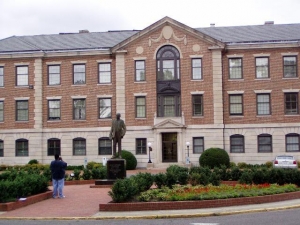