The nursing programs offered at the university include four BSN programs. Undergraduate may enroll in a traditional BSN program, accelerated BSN program, or LPN to BSN program. The university also offers an MSN program. These programs are all accredited by the CCNE. The WSSU traditional BSN program includes nursing courses starting during the junior year of the four-year program. Before selecting the nursing major, students must complete eight prerequisite courses, which includes two nursing courses. Students also gain hands-on experiences at healthcare facilities in the community. The accelerated BSN program is designed to be completed in just 13 months, for those who already have a bachelor’s degree in a non-nursing field.

In 2017-2018 academic year, 98% of Winston-Salem State University's students received financial aid. Below is the breakdown of the financial aid provided to students. 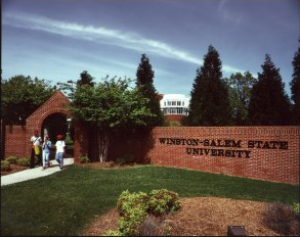