West Liberty University is a public university in West Liberty, West Virginia. It was established in 1837, making it the oldest institution of higher learning in the state. However, it did not achieve university status until 2008. West Liberty offers over 70 undergraduate degrees and several graduate programs. The university is structured into five professional colleges including the College of Sciences, which houses the Health Sciences department. In 2014, the $20 million Health Sciences Building was opened. The nursing programs and many other health sciences programs were moved to this new 70,000-square-foot facility. West Liberty also maintains a library containing more than 200,000 print volumes, which is one of the largest libraries in West Virginia.

Three CCNE-accredited BSN options are available at the university, including BSN, RN to BSN, and accelerated BSN programs. The nursing program became part of the university in the early 1970s. The RN to BSN program is offered online and designed to allow registered nurses to continue working while they earn their BSN degrees. Depending on prerequisite courses, some students may complete the RN to BSN program in three semesters. The traditional BSN program is designed to be completed in eight semesters and includes clinical rotations at local clinics and healthcare facilities.

In 2017-2018 academic year, 97% of West Liberty University's students received financial aid. Below is the breakdown of the financial aid provided to students. 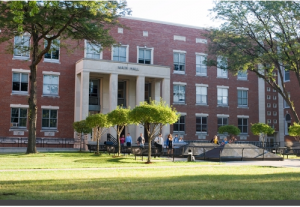