University of Pennsylvania is a private institution in Philadelphia, Pennsylvania. Benjamin Franklin established the university in 1740, making it one of the oldest universities in the country. It is also one of the nine colonial colleges that were chartered before the American Revolution. It has become an Ivy League university that is regularly ranked as the top institution in a variety of national rankings. Over 20,000 students enroll each year. Many of the academic buildings on the main campus are historic buildings. However, the campus also includes many state-of-the-art facilities. It also operates one of the most highly funded nursing schools in the US. The University of Pennsylvania School of Nursing receives $480 million from the National Institutes of Health.

Penn Nursing considers itself the top nursing school in the world. They offer three BSN paths, including traditional BSN, accelerated BSN, and RN to BSN. There are also several Ph.D. programs and an MSN program. The MSN program includes four specialty tracks, including Clinical Nurse Specialist. The BSN, MSN, and Ph.D. programs are accredited by the CCNE. With the traditional BSN program, students receive clinical experiences at the two teaching hospitals and various clinical sites throughout the region, including the Children’s Hospital of Philadelphia.

Nursing schools located within 18 miles radius of University of Pennsylvania

In 2017-2018 academic year, 58% of University of Pennsylvania's students received financial aid. Below is the breakdown of the financial aid provided to students. 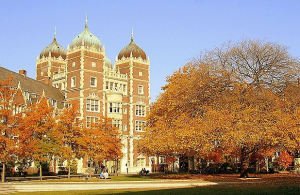