Eastern University is a private institution in Saint Davids, Pennsylvania. It was established in 1925 as a department in the Eastern Baptist Theological Seminary. The university became a separate institution in 1952 and moved to its current location. It was renamed Eastern College in 1972 and achieved university status in 2001. It also recently acquired its parent institution. The Eastern Baptist Theological Seminary is now part of Eastern University. Eastern University is structured into five different colleges, with departments located on the main campus. The campus includes 114 acres of academic buildings and is just a few miles west of Philadelphia.

Eastern University offers three paths to earning a BSN. These CCNE-accredited programs include traditional BSN, accelerated BSN, and RN to BSN. However, the university does not offer any graduate degree programs in nursing. The accelerated BSN program is a two-year program for those who already have a bachelor’s degree with a non-nursing major. The traditional BSN is a four-year program and requires 20 credits of prerequisite courses. These courses can be completed at Eastern University or any accredited institution. Both programs include clinical placements at local clinics. Some of these locations include children’s hospitals, outpatient clinics, and hospice care.

In 2017-2018 academic year, 100% of Eastern University's students received financial aid. Below is the breakdown of the financial aid provided to students. 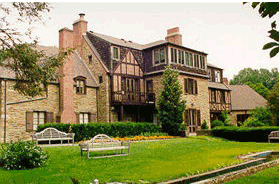