Touro College is part of the Touro College and University System. This school system includes five campuses, including a campus in New York City, New York. It was established in 1971 by Bernard Lander after receiving a charter from the Board of Regents of the State of New York. The college offers both undergraduate and graduate degrees, including a BSN. Over the years, the college has grown and now enrolls over 10,000 students annually and employs over 1,300 teaching staff. The college was originally established to offer higher education to the Jewish community. It now serves students from all backgrounds.

The Touro College School of Health Sciences offers a traditional BSN program and an accelerated BSN program. They also have an Associate Degree in nursing (ADN) program. The nursing programs were accredited by the CCNE in 2014. The traditional BSN program is a four-year program that includes 125 credits, including two years of liberal arts curriculum. The accelerated program is intended for those with a bachelor’s degree in an unrelated field and can be completed in two years. It is offered at both the Brooklyn and Valhalla campuses. The Brooklyn campus includes a Nursing Skills Lab, while the Valhalla campus is on the historic campus of the New York Medical College.

In 2017-2018 academic year, 74% of Touro College's students received financial aid. Below is the breakdown of the financial aid provided to students. 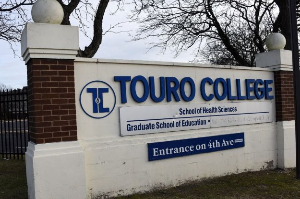