New York University (NYU) is a large private university in New York, New York. There are several campuses spread throughout the city along with the main campus in Greenwich Village. NYU was established in 1831; by 1917, it had become one of the largest universities in the country. It is now a major institution and was recently recognized as one of the top 30 universities in an international ranking of universities across the globe. The nursing programs were initially offered through NYU’s Division of Nursing. In 2005, the division was moved to form the College of Nursing, which is now the largest private nursing college in the country.

Several nursing programs are available at NYU, including traditional BSN, accelerated BSN, and RN to BSN programs. The traditional BSN is a four-year program while the accelerated program can be completed in 15 months for those with an existing bachelor’s degree. The university also offers an MSN program, DNP program, and a Ph.D. in nursing research theory and development. All programs are currently accredited by the CCNE while they were previously accredited by the ACEN. Students receive access to the latest research and nursing methods, including simulation training at a state-of-the-art Clinical Simulation Learning Center. Clinical experience is also offered through connections with NYC healthcare organizations.

In 2017-2018 academic year, 54% of New York University's students received financial aid. Below is the breakdown of the financial aid provided to students. 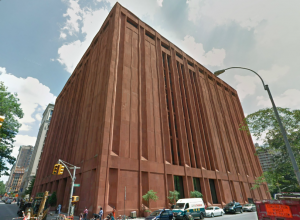