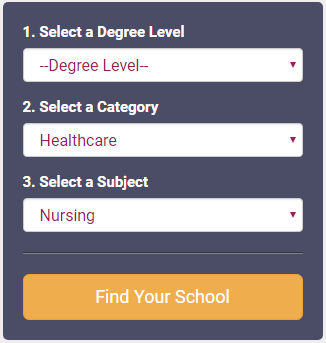 All nursing schools typically require some type of entrance exam. Most people are familiar with the ACT or SAT, but specific programs, such as nursing, often require testing to make sure you are a good fit for the profession and their school. These tests are designed to show a person’s potential for success. Nursing school is not easy. It takes dedication, determination and a lot of studying to make it through. Believe it or not, it’s actually in your best interest to take this kind of test. It’s best to know right away if you are a good candidate for nursing school. Good grades and high ACT or SAT scores don’t necessarily mean you can flourish in this field. Colleges want to have good success ratings, so if a person isn't likely to succeed in a program, it’s not good for the school to admit them or for the student to waste time and money. Most schools limit the number of students in nursing programs because of the limited clinical sites and/or nursing instructors.

The American Association of Colleges of Nursing (AACN) reports that according to a survey they performed, enrollment and graduations in BSN and graduate nursing programs for 2011/2012 turned away 75,587 applicants who qualified but were not accepted into programs mostly because of lack of instructors, clinical sites, and preceptors. So, you see a passing score is no guarantee that you will get in! You must be prepared to do your very best before taking any of these entrance exams. You must get the highest score possible. If the school is accepting a limited number of students, it will surely be the ones with the highest scores who are selected.

The type of entrance exam varies from school to school. In this section, you will find a list of the most commonly used exams and a brief description of each. You should find out which test is required by the schools you are interested in and study prior to the exam. All of the tests have on-line practice tests or study guides that you can purchase. Many of the on-line practice tests will give you a summary of areas you need to study more. It will be money well spent because it will help you get a higher score on the entrance exam and raise your chances of being admitted to the program.

The National league for Nursing (NLN) is the premier organization for nursing education, so it’s no surprise that the NLN PAX is one of the most used entrance exams for potential nursing students.  There are separate versions for RN and LPN testing.  Both tests are similar; however, the PN version includes a section on health and first aid.[...]

The Test of Essential Academic Skills is administered by ATI, a nursing education company based in Kansas. Candidates are tested on subjects they will have learned during high school. It’s actually a test of basic knowledge (as the name implies) in science, reading, English and math.[...]

The Basic Entrance Tests for Health Occupations is administered by ATI, the same company that administers the TEAS and is geared specifically for selecting the candidates that have the most potential for success in a variety of health care occupations.[...]

The HESI exam is only administered by computer. It is commonly used by nursing schools but can be used for different purposes. Some use it as an entrance exam while others use it as an exit exam to help determine the likelihood of passing the NCLEX (National Council Licensure Examination) exam.[...]

The Psychological Services Bureau has been providing entry level exams since 1955 to help health occupations recognize which candidates are most likely to complete the program and help prevent those less capable from experiencing a sense of failure. You will have about 105 minutes to answer about 360 items.[...]