William Jewell College is a private liberal arts college in Liberty, Missouri. The college was founded in 1849 by the Missouri Baptist Convention. This affiliation continued until the college separated in 2003. It is now an independent college and accredited by the Higher Learning Commission. Over 40 academic programs are offered, along with 10 pre-professional programs. The college has received numerous recognitions in recent years, including rankings number 155 in the nation for best academic value in 2015. In 2013, the college completed construction on the Pryor Learning Commons. This 26,000 square foot facility houses a variety of innovation studios, along with a coffee shop, touchscreen televisions, a 3D printer, and a live Twitter wall.

The college offers three BSN programs that are accredited by the CCNE. There is a traditional BSN, accelerated BSN, and RN to BSN program. When enrolled in the traditional BSN program, students will begin their clinical placements at local clinics and through training at a simulation lab. The clinical learning begins during the second semester of the sophomore year and includes over 800 hours of experience. The program is designed to be completed in four years. However, the school also offers a three-year plan for students that want to start their career sooner.

In 2017-2018 academic year, 100% of William Jewell College's students received financial aid. Below is the breakdown of the financial aid provided to students. 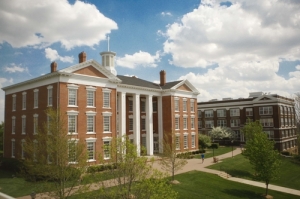