The Sage Colleges is a private, not for profit college in Troy, New York. It was established in 1916 as a School of Practical Arts. It was originally a women’s college. A separate men’s division was established during World War II. In 1949, the Albany campus was founded as a coeducational campus. The college is comprised of several colleges founded by Margaret Olivia Slocum Sage, including the Sage Junior College of Albany, the Sage Graduate School, and the Sage Evening College. In 1995, these colleges were re-chartered to become the Sage Colleges. The women’s college remains in Troy.

The Sages Colleges offers five CCNE-accredited nursing programs. The programs include traditional BSN, accelerated BSN, RN to SN, MSN, and Ph.D. All programs are accredited by the CCNE. The traditional BSN program requires students to complete 54 nursing credits and 27 credits of supported courses. These courses may take five to six semesters, allowing students to complete the program in four to five years, depending on their scheduling. With the MSN program, students can choose from five different program tracks, including Acute Care Nurse Practitioner and Psychiatric Mental Health Nurse Practitioner. Depending on the schedule and the specialty track, the MSN program may be completed in two to seven years.

Nursing schools located within 82 miles radius of The Sage Colleges

In 2017-2018 academic year, 99% of The Sage Colleges's students received financial aid. Below is the breakdown of the financial aid provided to students. 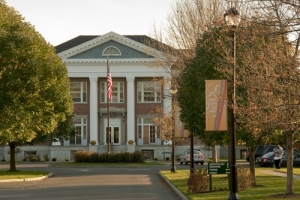