Hartwick College is a private institution in Oneonta, New York. It was founded in upstate New York in 1797 by a Lutheran minister from Germany. The school was incorporated by the New York State Legislature in 1816 and then moved to its current location in Oneonta in 1928. Famed architect John Russell Pope designed the oldest building on campus. Bresee Hall is now listed on the National Register of Historic Places. While the college was originally affiliated with the Lutheran Church, the religious affiliation ended in the 1960s. The college no longer carries any religious affiliation. Hartwick College offers 31 majors, along with 24 areas of study, including several nursing programs.

The college offers three CCNE-accredited baccalaureate programs, including traditional BSN, accelerated BSN, and RN to BSN programs. The college has more than 75 years of experience preparing students for careers in nursing. The NCLEX-RN exam pass rate for 2017 was 91%. Unlike many BSN programs, students begin taking nursing classes during their first semester. The program also includes four hours of training each week at the state-of-the-art nursing lab. At the end of the first semester, students are prepared to begin their training at clinical sites throughout the region.

In 2017-2018 academic year, 100% of Hartwick College's students received financial aid. Below is the breakdown of the financial aid provided to students. 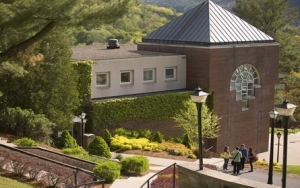