Four BSN programs were offered at the university, including traditional BSN, RN to BSN, LPN to BSN, and accelerated BSN programs. The university also offered an MSN program with two specialty tracks including Nurse Anesthetist and Nurse Practitioner. All programs were accredited by the CCNE. However, the university lost their regional accreditation from the Higher Learning Commission in 2012. The loss of accreditation directly led to the closure of the school along with numerous lawsuits from former students. As of May 2018, the university ceased to exist. The University of Charleston and West Virginia University now offer classes in many of the same buildings formerly owned by MSU. 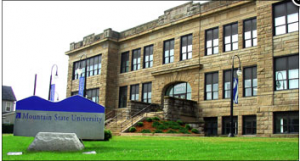