Molloy College is a private Catholic college in Rockville Centre, New York. The college was founded in 1955 by the Sisters of St. Dominic on 25 acres of land that they had purchased in 1941. The college was originally a women’s college. Molloy College began accepting male students into the nursing program in 1972. In 1982, the college became fully co-educational. The college was ranked as the 96th best college in the country in 2017 by Money Magazine. It has also received recognition for its various healthcare-related fields of study, including nursing. Molloy College also has one of the highest student retention rates in the country, with 90% of students completing their programs.

The nursing division at Molloy College is widely regarded as one of the top nursing programs in the country. The college offers a variety of nursing programs, including pre-licensure and graduate-level programs. The BNS options include traditional BSN, accelerated BSN, LPN to BSN, and RN to BSN programs. The college also has an LPN to ADN program. The graduate-level options include MSN, RN to MSN, and PhD programs. For the 2016 school year, the school had an NCLEX-RN exam pass rate that exceeded the state and national average. All baccalaureate, graduate, and doctoral programs are accredited by the CCNE.

In 2017-2018 academic year, 97% of Molloy College's students received financial aid. Below is the breakdown of the financial aid provided to students. 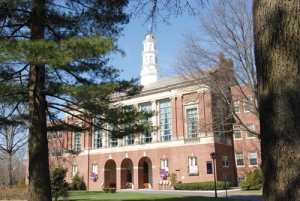