Kent State University at Kent is a public university and part of the University System of Ohio. There are ten campuses in this school system, including the Kent campus. It was established in 1910 and was originally a teacher training school. The first classes were held during the 1912 school year in various temporary locations throughout the Kent area. The original campus opened in 1913 and now includes 119 buildings spread across over 1000 acres. The university gained national attention in 1970 due to the Kent State shootings. It is now one of the largest universities in Ohio, nearly 40,000 students enrolled each year.

Ten undergraduate and graduate nursing programs are offered at the university. These options include BSN, accelerated BSN, and RN to BSN programs. Graduate programs include MSN, DNP, Ph.D., and BSN to Ph.D. The university also offers two paths for licensed practicing nurses – LPN to BSN and LPN to ADN. They also offer a standard ADN program. All options are accredited by the CCNE, while the associate degree program is accredited by the ACEN. The four-year traditional BSN program includes clinical experiences at local hospitals and healthcare facilities throughout the northeastern Ohio region. The university also averages a 90% pass rate for the NCLEX-RN exam.

In 2017-2018 academic year, 95% of Kent State University at Kent's students received financial aid. Below is the breakdown of the financial aid provided to students. 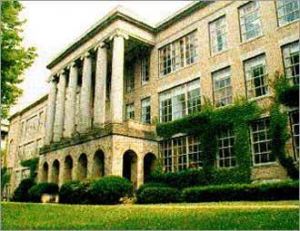