Felician University is a private university in Lodi, New Jersey. It was founded in 1923 as a private Roman Catholic university. Along with the campus in Lodi, there is a second campus in Rutherford, which is home to the Iviswold Castle. The castle was constructed in 1869 and is a historic building that the university renovated in 2013. The two campuses are about three miles apart and about 12 miles from New York City. The school maintains a shuttle service to help students travel between the two campuses. The Lodi campus library includes more than 115,000 books, two computer laboratories, and online resources for students.

The university offers four nursing programs accredited by the CCNE. These programs include a traditional BSN, accelerated BSN, RN to BSN, and MSN program. The traditional BSN program is for high school graduates and transfer students, while the accelerated BSN program is for those with an existing bachelor’s degree with a non-nursing major. The RN to BSN program is a 15-month program with 48 credits of courses. 27 credits are from nursing courses, while the remaining 21 credits include general liberal arts courses. In 2015, the school had a 100% pass rate for the NCLEX-RN exam and continues to maintain an average that exceeds the national and state averages.

In 2017-2018 academic year, 99% of Felician University's students received financial aid. Below is the breakdown of the financial aid provided to students. 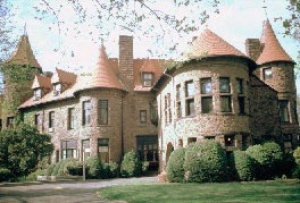