Established in 1838, Duke University is a private university in Durham, North Carolina. The campus was originally located in Trinity and moved to Durham in 1892. The university has a sprawling campus spread over 8,600 acres on three connected campuses. The main campus includes the 210-foot Duke Chapel, which is in the center of campus. Duke University is regularly recognized as a top university in national rankings. In 2017, Duke ranked 8th in the nation in the US News & World Report ranking of best colleges. It is also on the list of the top ten universities to produce Forbes 400 billionaires.

In 2017-2018 academic year, 68% of Duke University's students received financial aid. Below is the breakdown of the financial aid provided to students. 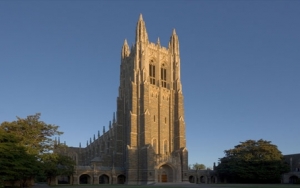