Established in 1842, Cumberland University is a private institution in Lebanon, Tennessee. Most of the buildings on the campus were constructed in the mid-1890s, as several buildings were burned down during the American Civil War. The Cumberland Presbyterian Church founded the university, and it was chartered by the state in 1843. Several years later, the church added the Cumberland School of Law, which was the first law school west of the Appalachian Mountains and the first in the state. Cumberland University has two sororities and four fraternities, along with several student clubs and organizations.

Cumberland University offers four undergraduate nursing degree programs. Students may enroll in a traditional BSN, RN to BSN, accelerated BSN, or LPN to BSN program. All four programs are accredited by the CCNE. The traditional BSN is an eight-semester program that is completed in four years.  The RN to BSN includes flexible scheduling for working RNs. This program also requires at least two years of experience as an RN. The RN to BSN program does not require clinical rotations. However, clinical experiences are part of the accelerated and traditional BSN programs. The university also offers an MSN program with two specialty tracks – Nurse Educator and Nurse Executive Leadership and Administration.

In 2017-2018 academic year, 100% of Cumberland University's students received financial aid. Below is the breakdown of the financial aid provided to students. 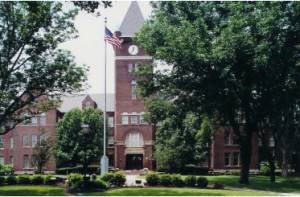