California State University Long Beach (CSULB) was founded in 1949 by the governor of California Earl Warren. The original campus included just two apartment buildings. The following year, the citizens of Long Beach purchased 322 acres for the new campus and enrollment grew steadily. From 1959 to 1964, the student body increased from 10,000 to 30,000. CSULB is part of the California State University school system that includes 23 different campuses. It is also one of the largest universities in the state, with a student body of 37,776 students for the 2016 Fall semester. For in-state students, CSULB is also one of the most affordable choices.

The School of Nursing at CSULB is accredited and recognized locally and nationally. They have full national accreditation by the CCNE and state accreditation by the California Board of Registered Nursing. Students that are interested in a nursing career can start with the BSN program. The school offers a traditional BSN degree to prepare students for the NCLEX exam to become a registered nurse. The MSN program includes six different specialty tracks, including Family Nurse Practitioner, Adult-Geriatric Nurse Practitioner, Psychiatric-Mental Health Nurse Practitioner, and several other paths. CSULB nursing programs also give students the chance to gain clinical experience at nearby healthcare facilities.

In 2017-2018 academic year, 80% of California State University-Long Beach's students received financial aid. Below is the breakdown of the financial aid provided to students. 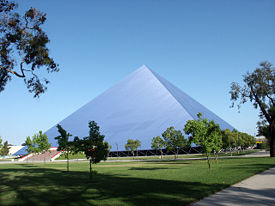