Nursing programs are taught at the WCU School of Nursing. CCNE-accredited programs at WCU include traditional BSN, accelerated BSN, RN to BSN, and MSN programs. Students enrolled in the traditional BSN program complete their liberal arts education during their freshman and sophomore years before starting their nursing curriculum. During the last two years, students also complete clinical experiences at healthcare agencies located throughout the western North Carolina region. The accelerated BSN program is designed for working nurses and includes both online courses and traditional classroom learning. This program should be completed in just four semesters.

In 2017-2018 academic year, 86% of Western Carolina University's students received financial aid. Below is the breakdown of the financial aid provided to students. 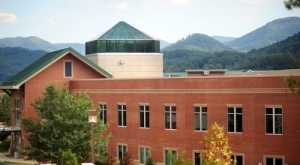