West Chester University of Pennsylvania (WCUPA) is a public institution in West Chester, Pennsylvania. It is also part of the Pennsylvania State System of Higher Education, along with nine other campuses. WCUPA is also the largest of the 14 universities that belong to the system. The university was established in 1871 as the West Chester Normal School. It initially offered a four-year program to educate teachers and added a liberal arts program a couple of years after its founding. It now offers a wide selection of undergraduate and graduate degree programs, including the nursing programs.

Four CCNE-accredited nursing programs are offered through the WCUPA Department of Nursing, including three BSN programs. Students can enroll in traditional BSN, accelerated BSN, or RN to BSN programs. The university also offers an MSN program. The accelerated program is designed to be completed in 18 months, while the traditional BSN program is a standard four-year program. Both programs include clinical rotations at local healthcare facilities, such as retirement centers, day care centers, community health clinics, and nursing homes. The nursing program has a low student to faculty ratio, with eight students per instructor in clinical settings. Students also receive training at a high-tech learning laboratory located on campus.

In 2017-2018 academic year, 80% of West Chester University of Pennsylvania's students received financial aid. Below is the breakdown of the financial aid provided to students. 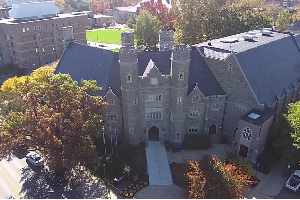