The University of Southern Maine School of Nursing offers seven nursing programs. The undergraduate-level programs include BSN, accelerated BSN, and RN to BSN programs. Graduate-level programs include MSN, accelerated MSN, RN to MSN, and DNP. All programs have been accredited by the CCNE since 2005. Students get to develop their nursing skills while practicing in a Health Assessment Lab and Simulation Center. Clinical experience is offered through partnerships with various primary care and public health centers in the region. Students that have already earned a bachelor’s degree in an unrelated field may earn their BSN in just 15 months through the accelerated BSN program.

In 2017-2018 academic year, 96% of University of Southern Maine's students received financial aid. Below is the breakdown of the financial aid provided to students. 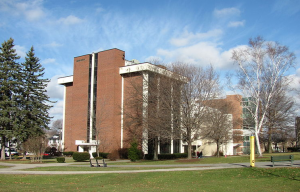