The University of New Mexico-Main Campus is a public university in Albuquerque, New Mexico. It is part of the University of New Mexico System, along with four other campuses. The university was founded in 1880 in Albuquerque. The campus now includes over 600 acres of land about a mile east of the downtown area. Several of the university buildings on campus are listed on the National Register of Historic Places, including Hodgin Hall, which was the university’s first building. Many of the buildings also feature the distinct Pueblo style of architecture that is popular in the area.

The University of New Mexico College of Nursing offers a total of seven nursing programs. The undergraduate programs include BSN, accelerated BSN, and RN to BSN programs. The school also has an Associate Degree in Nursing program. Graduate-level programs include MSN, PhD, and BSN to PhD programs. The baccalaureate and graduate programs are accredited by the CCNE, while the ADN program is accredited by the ACEN. The college of nursing helps prepare students for the NCLEX-RN exam. The 2017 graduating class had a 94.2% pass rate for the exam. The university also ranked nationally as one of the top nursing schools in the nation. In fact, they were ranked 10th nationally for providing the best value BSN programs.

In 2017-2018 academic year, 97% of University of New Mexico-Main Campus's students received financial aid. Below is the breakdown of the financial aid provided to students. 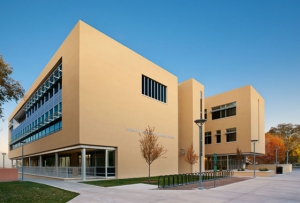