The University of Nebraska Medical Center (UNMC) is a public institution and part of the University of Nebraska, which includes six campuses across the state. It was founded in 1880 as a private medical college and joined the University of Nebraska system in 1902. Over the years, the university has established several colleges, including a dental college, pharmacy college, nursing college, medical college, and a hospital. In 2016, UNMC was recognized by US News & World Report as the fifth best medical school in the nation. In 2008, UNMC opened the Michael F. Sorrell Center for Health Science Education. This $52.7 million center includes advanced simulation rooms, class laboratories, and technologically-equipped classrooms.

There are eight CCNE-accredited nursing programs available at the UNMC College of Nursing. Pre-licensure programs include a traditional BSN program, along with accelerated BSN, LPN to BSN, and RN to BSN programs. The graduate-level programs include MSN, DNP, PhD, and BSN to PhD options. With the traditional BSN program, students can complete two years of prerequisite courses from an accredited university and then apply to the BSN program to earn their BSN in two years. The college has partnerships with over 100 healthcare institutions in the state, giving students hands-on clinical experience. Training is also provided through the education center that was opened in 2008. 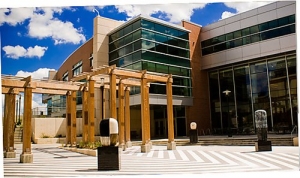