Established in 1823, Union University is a private institution in Jackson, Tennessee. It is affiliated with the Tennessee Baptist Convention. The university is the result of mergers between several schools, including the West Tennessee College and Southwestern Baptist University. The Jackson campus includes 290 acres of land and includes dormitories for women and men and a married housing complex. Other buildings on campus include an administration center, baseball parks, two soccer fields, academic halls, and a wellness center. In 2008, the campus was hit by a major tornado, causing over $40 million in damages. A decade later, the campus has been restored. However, some of the older buildings were not reopened.

Six CCNE-accredited nursing programs are offered at Union University. Undergraduate programs include traditional BSN, accelerated BSN, RN to BSN, and LPN to BSN. The university also offers graduate degree programs for nursing students wishing to obtain their MSN or DNP. Like most four-year BSN programs, the traditional BSN at Union University includes two years of prerequisite courses before students begin taking their nursing courses. During the junior and senior years, students also begin their clinical rotations and lab training. With the accelerated program, students who already have a bachelor’s degree in a separate field can earn their BSN in just 15 months.

In 2017-2018 academic year, 99% of Union University's students received financial aid. Below is the breakdown of the financial aid provided to students. 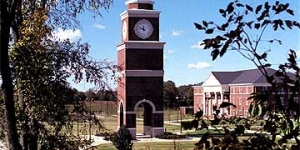