Texas A&M Health Science Center is a private institution in Bryan, Texas, which borders the city of College Station. The center was established in 1999 as an independent institution and received accreditation in 2002. It merged with Texas A&M University in 2013 and is quickly becoming one of the biggest health centers in the country. The health center now operates five colleges throughout the state, including the Texas A&M College of Nursing in Bryan and Round Rock. The health science center also opened the Clinical Learning Resource Center. The resource center is a high-tech simulated hospital environment offering hands-on training for students in a variety of health fields.

Three undergraduate programs are available that lead to BSN degrees. These CCNE-accredited programs include BSN, RN to BSN, and accelerated BSN. When enrolled in the traditional BSN program, students complete two years of prerequisite courses, which includes courses in the biological, physical, and behavioral sciences. These prerequisite courses may be completed at any accredited institution while the remaining two years of nursing courses are offered at the Bryan and Round Rock campuses. The accelerated program is for students who already have bachelor’s degrees and can be completed in 15 months. Both the traditional and accelerated programs include training through clinical rotations at local healthcare facilities.

In 2017-2018 academic year, 75% of Texas A&M University's students received financial aid. Below is the breakdown of the financial aid provided to students. 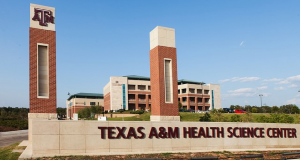