Southeast Missouri State University (SEMO) is a public institution in Cape Girardeau, Missouri. The university was founded in 1873 as a normal school near the banks of the Mississippi River. SEMO now offers over 200 fields of study with both undergraduate and graduate programs. It is the eighth largest university in the state, serving over 11,000 students each year since the 2012 school year. The main campus is about 115 miles southeast of St. Louis and about 175 miles north of Memphis. The city of Cape Girardeau is a medium-sized city of almost 40,000 residents and is often considered a college town due to the size of the student population at SEMO.

SEMO offers three paths toward obtaining a BSN, including traditional BSN, accelerated BSN, and RN to BSN programs. The nursing department was established in 1958 and began offering a BSN in 1968. The traditional BSN program is intended to be completed in five years, while the accelerated program may only take three semesters to complete for those with a bachelor’s degree in an unrelated field. The RN to BSN program is offered online and gives registered nurses a flexible option for earning their BSN. The school also offers an MSN program with two tracks. Students may specialize in the Nurse Educator or Family Nurse Practitioner tracks. These programs are accredited by the CCNE.

In 2017-2018 academic year, 96% of Southeast Missouri State University's students received financial aid. Below is the breakdown of the financial aid provided to students. 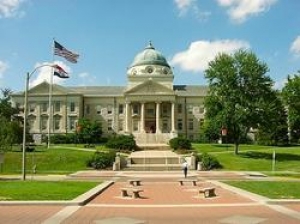