South Dakota State University (SDSU) is a public institution in Brookings, South Dakota. It is part of the South Dakota Board of Regents, which operates six campuses throughout the state. SDSU was established in 1881 as the Dakota Agriculture College before South Dakota became a state. The nursing program was established in 1956. The main campus includes the 73,000-square-foot SDSU Wellness Center, which opened in 2008. Students receive a free membership to the Wellness Center. It includes several basketball courts, a competition-size swimming pool, and a rock-climbing wall. SDSU also has a West campus and an East campus. The East campus includes the McCrory Gardens and South Dakota Arboretum with a 20-acre public display.

SDSU offers undergraduate and graduate CCNE-accredited nursing programs. The undergraduate options include traditional BSN, accelerated BSN, and RN to BSN. Graduate degree programs include MSN, RN to MSN, DNP, BSN to DNP, and a Ph.D. program. The accelerated program is offered to students who already have a bachelor’s degree in a non-nursing field. It is designed to be completed in 12 months and is offered at both the Aberdeen and Sioux Falls campuses. The traditional BSN program is offered at the Brookings campus and is designed to be completed in two and a half years.

In 2017-2018 academic year, 92% of South Dakota State University's students received financial aid. Below is the breakdown of the financial aid provided to students. 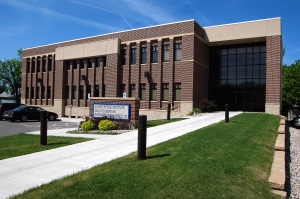