Southern Illinois University-Edwardsville (SIUE) is a public university with undergrad and graduate degree programs. The university was established in 1957 and many of the original academic buildings remain part of the core campus. However, the campus has expanded to include over 2,660 acres of land and lakes, which makes SIUE one of the largest campuses in the United States based on land area. The various degree programs are offered through eight colleges and schools, including the SIUE School of Nursing. SIUE has also received awards and recognition in education. They ranked in the top 50 Midwest universities according to rankings from US News & World Report.

Incoming students may enroll in a traditional BSN, accelerated BSN, or RN to BSN program. The traditional BSN program includes courses offered at the main SIUE campus and the SIUE Regional Nursing Program at SIU Carbondale. Students who already have a bachelor’s degree in an unrelated field may enroll in the accelerated BSN program, which is designed to be completed in just three semesters and one summer semester. There is also an MSN program and a DNP program for those seeking further education. The baccalaureate degrees and graduate degrees are accredited through the CCNE.

In 2017-2018 academic year, 93% of Southern Illinois University-Edwardsville's students received financial aid. Below is the breakdown of the financial aid provided to students. 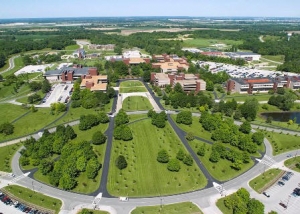