Rutgers University-Newark is a public institution in Newark, New Jersey. It was founded in 1766 in New Brunswick, making it the eighth oldest college in the US. The university became a state university in 1945 and then merged with the former University of Newark. The campus is in the University Heights area of Newark and includes several schools and colleges, along with several research institutes. It is also the most diverse national university in the country. The university is organized into seven professional schools. Most of these schools are located on the Newark campus, while several are in Camden and New Brunswick.

The Rutgers University-Newark School of Nursing was ranked one of the top 20 graduate nursing schools. Seven nursing programs are offered at the school. The BSN options include traditional BSN, accelerated BSN, and RN to BSN programs. Other options include MSN, DNP, PhD, and BSN to PhD programs. The traditional BSN program is a four-year program, while the accelerated program allows students with a bachelor’s degree in a non-nursing field to earn their BSN in just 14-months. The RN to BSN program is for registered nurses that want to obtain their BSN. However, the school also provides options for registered nurses that want to pursue a master’s or doctoral degree.

In 2017-2018 academic year, 81% of Rutgers University-Newark's students received financial aid. Below is the breakdown of the financial aid provided to students. 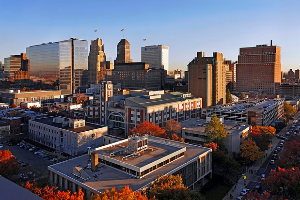