Robert Morris University (RMU) is a private university in Moon Township, Pennsylvania. It was established in 1921 and named after one of the signers of the Declaration of Independence. The university began life as the Pittsburgh School of Accountancy. It now offers over 60 undergraduate programs and 20 masters and doctoral program. The campus is in Moon Township, which is a suburb of Pittsburgh. The campus includes 21 administrative and instructional buildings, including the Scaife Center’s School of Nursing. RMU also maintains a satellite campus in downtown Pittsburgh. The university is structured into five schools, including the School of Nursing and Health Sciences.

RMU offers several nursing programs through their School of Nursing and Health Sciences, including three BSN paths. The BSN programs include traditional BSN, accelerated BSN, and RN to BSN. The university also offers MSN, RN to MSN, DNP, and BSN to DNP programs. These options are all accredited by the CCNE. When enrolled in the traditional BSN program, students take liberal arts and sciences courses during their first two years. Nursing courses and clinical rotations begin during the junior year. For those with a bachelor’s degree with a non-nursing major, the accelerated program provides a path toward earning a BSN in just 15 months.

In 2017-2018 academic year, 96% of Robert Morris University's students received financial aid. Below is the breakdown of the financial aid provided to students. 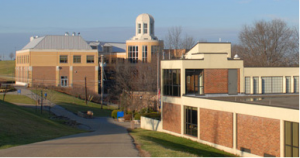