The Penn State College of Nursing offers a wide range of CCNE-accredited nursing programs, including undergraduate and graduate-level programs. The undergraduate programs include traditional BSN, RN to BSN, and accelerated BSN. The graduate degree programs include MSN, Ph.D., and BSN to Ph.D. The university also offers an associate’s degree in nursing and an LPN to ADN program. Some of these programs allow you to start your curriculum at one campus and complete your program at a second campus. The college also has a strict policy for transfers. When completing the traditional BSN program, students get to receive hands-on training at healthcare facilities in the region.

In 2017-2018 academic year, 64% of Pennsylvania State University-Main Campus's students received financial aid. Below is the breakdown of the financial aid provided to students. 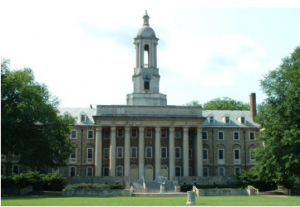