Franciscan Missionaries of Our Lady University

Our Lady of the Lake College in Baton Rouge, Louisiana is a private college. The college was founded in 1923 as a school of nursing and is affiliated with the Roman Catholic Church. In 1998, the college received the authority to offer baccalaureate degrees. Master’s degrees were offered starting in 2005, while doctoral degrees were offered starting in 2015. In 2016, the college was renamed the Franciscan Missionaries of Our Lady University. Yearly enrollment is about 1,700 students. The school is in Baton Rouge, which is the capital of Louisiana and the second-largest city in the state. It is also home to several other universities, including Louisiana State University.

The university offers seven different ACEN-accredited undergraduate-level and graduate-level nursing programs. BSN paths include accelerated BSN, traditional BSN, RN to BSN, and LPN to BSN programs. The university also offers an LPN program and an LPN to APN program, along with an RN to MSN program. When enrolled in the traditional pre-licensure BSN program, students earn clinical and laboratory experience to help prepare them for a career in nursing. The clinical sites include local hospitals, community care centers, and schools. The skills laboratories provide realistic healthcare simulations. These programs are also accredited by the Louisiana State Board of Nursing.

In 2017-2018 academic year, 97% of Franciscan Missionaries of Our Lady University's students received financial aid. Below is the breakdown of the financial aid provided to students. 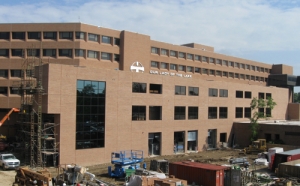