Northeastern University (NU) is a private university in Boston. It was established in 1808 as the Evening Institute for Younger Men and was housed in the Huntington Avenue YMCA in Boston. In 1916, the institute became Northeastern College. After the college began offering undergraduate and graduate degrees, the name was changed to Northeastern University. It is tied for 40th place in the National Universities category in the 2018 edition of the US News & World Report university rankings. It was also ranked as the top school for internships by the Princeton Review in 2017 and 2018 and the 6th most innovative school.

In 2017-2018 academic year, 75% of Northeastern University's students received financial aid. Below is the breakdown of the financial aid provided to students. 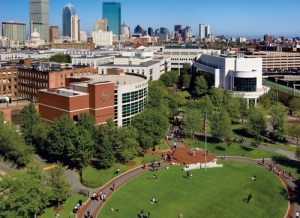