The Nebraska Methodist College of Nursing & Allied Health is a private institution in Omaha, Nebraska, and part of the Methodist Health System. The college was founded in 1891 and offers degrees in nursing and allied health professions. The college is accredited by the Higher Learning Commission. It is one of the top nursing schools in the region, thanks to its state-of-the-art labs and learning centers. These centers include the 75,000 square foot Clark Center and the Riley-Leinart Center. The college received its first nursing accreditation in 1956. The campus was renovated in 2005 and named the Josie Harper Campus. Most of the courses are offered at one of the learning centers owned by the college.

There are six CCNE-accredited nursing programs, including traditional BSN, LPN to BSN, RN to BSN, accelerated BSN, MSN, and RN to MSN. The accelerated BSN program has a full-time schedule, allowing students to earn their BSN in 15 months. The traditional BSN is a four-year program and includes first-year clinical experiences at local facilities. After earning their BSN, 96.92% of students pass the NCLEX-RN exam on their first attempt. The school also offers two minors to help improve the career prospects of nursing students. These minors include Spanish for Healthcare Professionals and Healthcare Sign Language.

In 2017-2018 academic year, 100% of Nebraska Methodist College of Nursing & Allied Health's students received financial aid. Below is the breakdown of the financial aid provided to students. 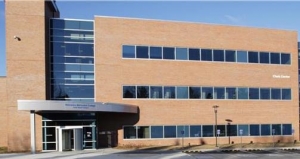