Indianapolis, IN 46202
Write a Review

A wide range of nursing programs is available at the IUPUI School of Nursing. The undergraduate-level programs include a traditional BSN program, along with accelerated BSN, LPN to BSN, and RN to BSN. The graduate-level programs include MSN, RN to MSN, DNP, PhD, and BSN to PhD programs. All CCNE accreditation for these programs is current. Students receive a unique learning experience, as the nursing programs include clinical opportunities with students from other Indiana University health schools. Students also receive training at a state-of-the-art simulation center that recreates the environment of a real hospital.

In 2017-2018 academic year, 89% of Indiana University-Purdue University-Indianapolis's students received financial aid. Below is the breakdown of the financial aid provided to students. 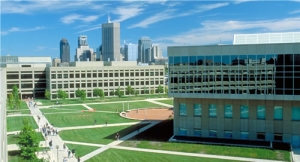