Eastern Kentucky University (EKU) is a public university established in 1906 in Richmond, Kentucky, which is about 20 miles southeast of Lexington. However, the origins of the university go back to 1874 and the founding of Central University. In 1901, Central University was consolidated with Centre College. The consolidated universities then became Eastern Kentucky State Normal School Number 1 in 1906. Starting in 2012, EKU began revitalizing its campus, adding state-of-the-art facilities and renovating existing buildings. For the most recent school year, EKU had a total enrollment of 16,881 students. Along with on-campus undergraduate and graduate-level degree programs, the university offers over 40 online programs.

Undergraduate nursing programs available at the EKU College of Health Sciences include BSN, accelerated BSN, RN to BSN. The RN to BSN program is offered online only and is intended for students with an RN license and an associate degree in nursing. The accelerated BSN is for students that already have a bachelor’s degree in an unrelated field. The university also offers an ADN program and an LPN to ADN program. Graduate-level programs include MSN and DNP programs. The baccalaureate, graduate, and doctorate degree programs are accredited by the CCNE, while the ADN programs are accredited by the ACEN.

In 2017-2018 academic year, 98% of Eastern Kentucky University's students received financial aid. Below is the breakdown of the financial aid provided to students. 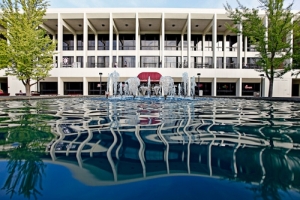