The University of Buffalo is in Buffalo, New York. It is part of the State University of New York System that includes nine other campuses throughout the state. When it was established in 1846 as a private medical school, the university did not have its own campus. The campus now spans over 1,300 acres in the suburban Buffalo area. The university has received numerous awards and recognition. It was recently ranked the top public university in the state of New York by US News & World Report. The university is organized into 13 colleges and schools, including the School of Nursing, which was founded in 1936.

Nursing schools located within 72 miles radius of University at Buffalo

In 2017-2018 academic year, 82% of University at Buffalo's students received financial aid. Below is the breakdown of the financial aid provided to students. 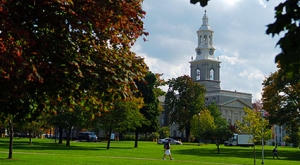