Bob Jones University is one of the twelve private, for-profit 4-year colleges in South Carolina. The campus is located in an urban area, in Greenville.

According to the NCES 2017 report, a total of 2,916 students attend the school. In the 2017 fall enrollment, 595 freshman students enrolled, and approximately 488 students returned for their sophomore year (which makes its freshman retention rate 82%). Every year 67% of the graduating class students graduate in 150% of the time it takes to complete their studies.

In 2017-2018 academic year, 98% of Bob Jones University's students received financial aid. Below is the breakdown of the financial aid provided to students.

Education was so-so. Nursing professors were subjective in their reviews. Poor readiness for RN exam. They didn't recommend furtherance of education. 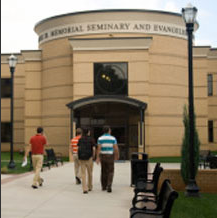