Baldwin Wallace University (BW) is a private institution in Berea, Ohio. The university offers both undergraduate and graduate degree programs. Over 3,400 undergraduate students enrolled in the 2018 school year. BW was established in 1845 by Methodist settlers and became a university in 2012. Along with the main campus in Berea, the university operates a second campus in Warrensville Heights. Berea is a suburb of Cleveland and provides students with access to a major city while studying in a small suburb. The university currently offers over 80 majors, including one nursing major. These degree programs are managed through 27 different academic departments.

Baldwin Wallace University currently offers an accelerated BSN program for students who already have a Bachelor’s degree with a non-nursing major. This program was accredited by the CCNE in 2014. It is also approved by the Ohio Board of Nursing (OBN). The program is designed to be completed in just 15 months and includes a combination of classroom learning and clinical rotations. The clinical rotations are completed at the nearby Southwest General Health Center in Middleburg Heights Ohio. The program requires students to complete prerequisite coursework before enrolling, which includes Human Anatomy and Physiology and Microbiology. The most recent graduating class had a 100% pass rate for the NCLEX-RN exam.

In 2017-2018 academic year, 99% of Baldwin Wallace University's students received financial aid. Below is the breakdown of the financial aid provided to students. 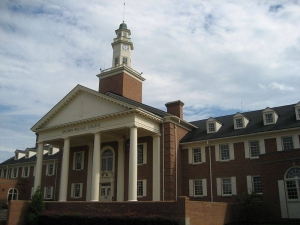